A change in pronunciation 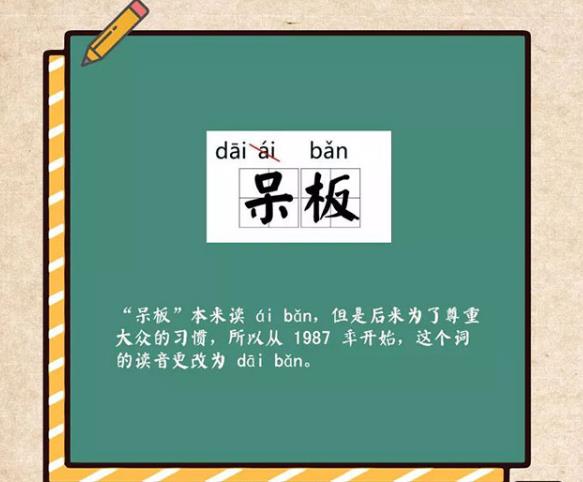 From the very beginning of our studies, we have been aware that many Chinese characters can change their pronunciations in different contexts.

But how will you feel if you’re told that many of the pronunciations we learned in textbooks will be considered incorrect?

In February, an article titled “Chinese characters whose pronunciations have changed” caused heated discussions on Sina Weibo. The article claimed that some pronunciations, which were previously considered to have been misread, are now deemed correct. They include the characters in well-known sentences from ancient poems.

One example is by Du Mu from the Tang dynasty. “I go by slanting stony path to the cold hill; Where rise white clouds, there appear cottages and bowers.”Here's the example：远上寒山石径斜 (xié，原xiá)，白云深处有人家。  Many internet users disagreed with the changes. They argued that altering pronunciations would “change the rhyme of the sentences in poems, ruining the beauty of Chinese literature”.

According to CGTN, supporters of the change say “This is how language advances, and the pronunciations should adapt to the needs of society, rather than remain in the past.”

An official from the Ministry of Education responded, saying that most of the so-called “new” pronunciations have not yet been confirmed. However, according to the fifth and sixth editions of the Modern Chinese Dictionary, quite a few pinyin spellings have already been changed: 呆板 (dai, first tone, 原ai, second tone) and 确凿 (zao, second tone, 原zuo, fourth tone)

“In some sense, pronunciation is a choice between the most popular version and the version with the longest history,” professor Zhang Yiwu told China Daily.