The classic tale of Robin Hood and his merry men is well-known around the world. But many may not have ever seen it like this: The characters in Robin Hood, instead of eating steak and eggs, chow down on baozi (Chinese steamed buns) and stinky tofu (originally a Chinese snack made of fermented tofu); and the heroic outlaw lives in the city of Tianjin, rather than inhabiting the historic forests of England. Furthermore, the humor shifts from language to physical humor. 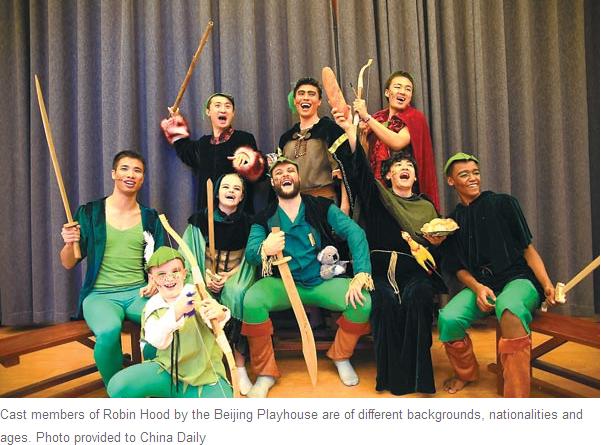 Everything in this new version of the Robin Hood musical comedy, which will be staged from Dec 5 to 21 and is produced by Beijing Playhouse, is a zany twist on the classic story.

"It is not your grandmother's traditional Robin Hood," says Chris Verrill, 49, founder and executive director of Beijing Playhouse, the largest locally produced Broadway-style English theater established in 2006 in Beijing.