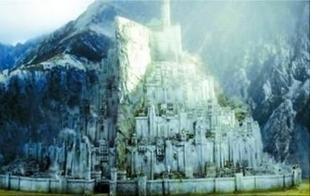 Baicheng is a prefecture-level city in the northwestern part of Jilin province, People's Republic of China. Baicheng borders Inner Mongolia and Heilongjiang. The city had a population of about 325,052 in 2006. Baicheng became a county town in 1904. At this point it still had the name of Jing'an. In 1914 it was renamed Tao'an. In 1950 it was renamed in Baicheng, which is Mandarin with the meaning white town. The name Baicheng is from the Mongolian name of the city Chaghanhot, which also means "white town". Baicheng used to belong to Heilongjiang province, when it became a city within Jilin province.Textile industry is one of the main pillars of the economy. Agriculture of the area is centred on plantation of soy beans and oil plants.Baicheng is on the junction of the three main junctions of the People's Republic of China. The railway connects Baicheng to Qiqihar and other cities of Northeastern China.