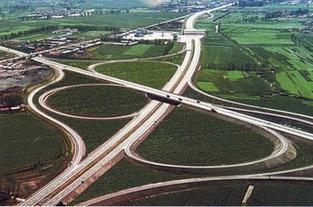 Although Changchun has been more than 200 years old, it is still a young city comparing other historical cities in China, like Xian. It is located the central part of Songliao Plain, covering a total area of 20,571 square kilometers (about 8,012 square miles). Being the capital city of Jilin Province with clivia as its city flower, Changchun is the political, economic and cultural center. If territory of China is in a shape of rooster, therefore Changchun is one eye of this huge rooster. You can imagine its important position.

Changchun has suffered a lot of hardships, especially in modern times. In 1931 Japan invaded and occupied entire northeast part of China, which can be considered the prelude of Chinese Anti-Japanese War. Obviously Changchun became a colony of Japanese imperialists. On March 1, 1932, Puyi, the last emperor of China, set up Manchukuo in Changchun supported by Japanese invaders, taking Changchun as the capital. From then on brutal rule of Japanese upon Chinese people had begun. After a long time of struggle and resistance, finally Changchun broke off the ruthless rule, stepping into a bright and splendid future.

The present Changchun is charming city with several fine names which can give you a general impression of this big city.

Forest City: Woods, forest, people, city interweave together to show you a distinctive characteristic of Changchun. 39% of Changchun ground has been clothed with greenage, which makes Changchun one of top cities in this aspect. Green plants in and around Changchun make the city become a big oxygen bar, providing people to enjoy real fresh air.

Barn: Spring is dry and windy; summer is wet and rainy; autumn is sunny and cool; winter is cold. Generally speaking rain and heat come in the same season. Besides, favorable climate and enough sunshine provide very good condition for the growth of crops. Changchun teems with corn and soybean; therefore it is praised as barn.

City of Films: Changchun Film Studio was the first one after the found of People’s Republic of China. It is praised as the cradle of Chinese film industry. For dozens of years, a great many excellent domestic films and dubbed films were produced here which gained a good fame for Changchun Film Studio both at home and abroad. As a calling card of Changchun, ceremonious Changchun Film Festival has enhanced its honor City of Film. Film is an intermedium. People outside Changchun have known more about this city through film; while Changchun has presented more of itself by films.

It is undeniable that Changchun is also a good travel destination. The natural sceneries of Changchun lie in lakes and forests. Nanhu Park (South Lake Park), Jingyuetan National Forest Park are good places for you to enjoy the pleasure given by nature. Especially in winter the whole Changchun city will give you a real enjoyment of genuine winter. Besides, there are colonial vestiges, such as Puppet Emperor’s Palace, Badabu. Still Changchun Film Studio and Changchun Movie City provide you another different kind of enjoyment comparing with simply watching movies in cinemas. See all the Scenic Spots in Changchun.

As the fast development of tourist industry, those related tourist facilities in Changchun are also in a quick growth. Nowadays there are more than 30 star-rated hotels in Changchun, among which three hotels are five-star rated. See Changchun Hotels list.

51 trains begin or pass by Changchun Railway Station everyday; more than thirty domestic airlines and four international lines of Changchun Longjia International Airport provide you much convenience of transportation. Four main speedways have connected Changchun with many parts of China. At present there are four special tourist trains having been in use, Changchun to Xianghai (for watching lovely birds), Changchun to Changbai Mountain (for enjoying Heavenly Lake), Changchun to Jilin (for tasting real ice and snow) and Changchun to Hunchun (for feel exotic flavor of Russia).

Nightlife of Changchun is not as colorful and romantic as that of other big cities in China, such as Shanghai, Beijing, however, it has its own distinctive flavor which can be only known after you taste it in person. Various kinds of pubs, coffee bars, teahouses and other amusement centers will make you feel at ease.