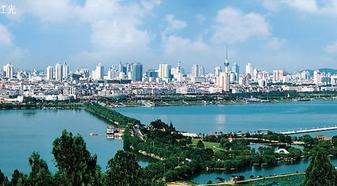 The Terracotta Warriors and Horses of the Western Han
Unearthed from seven pits in Shizi Mountain of Xuzhou in 1 984, the clay figures of warriors and horses are another Important archaeological find after those of the Han Dynasty brought to light in Yangjiawan of Xianyang and those found in the mausoleum of the first emperor of the Qin Dynasty in Lintong of Van. Analyses reveal that they were buried underground as funeral objects with a dead king of State Chu.